It seems like we had tire weeks at FAT-Bike.de, because with the Vee Tire Snow Shoe XL * a FATBike tire is already on the test. But so what, in the end, the FATBike tire is what a FATBike first makes FATBike. The conditions were perfect for the thick shoes, especially because this test candidate consists of the soft silica-rubber mixture.

High with the Snow Shoe XL

Because we are always challenging, not just ourselves, but also the material, we have also selected an extreme test environment for the test of the Vee Tire Snow Shoe XL Silica slowly, one by one. 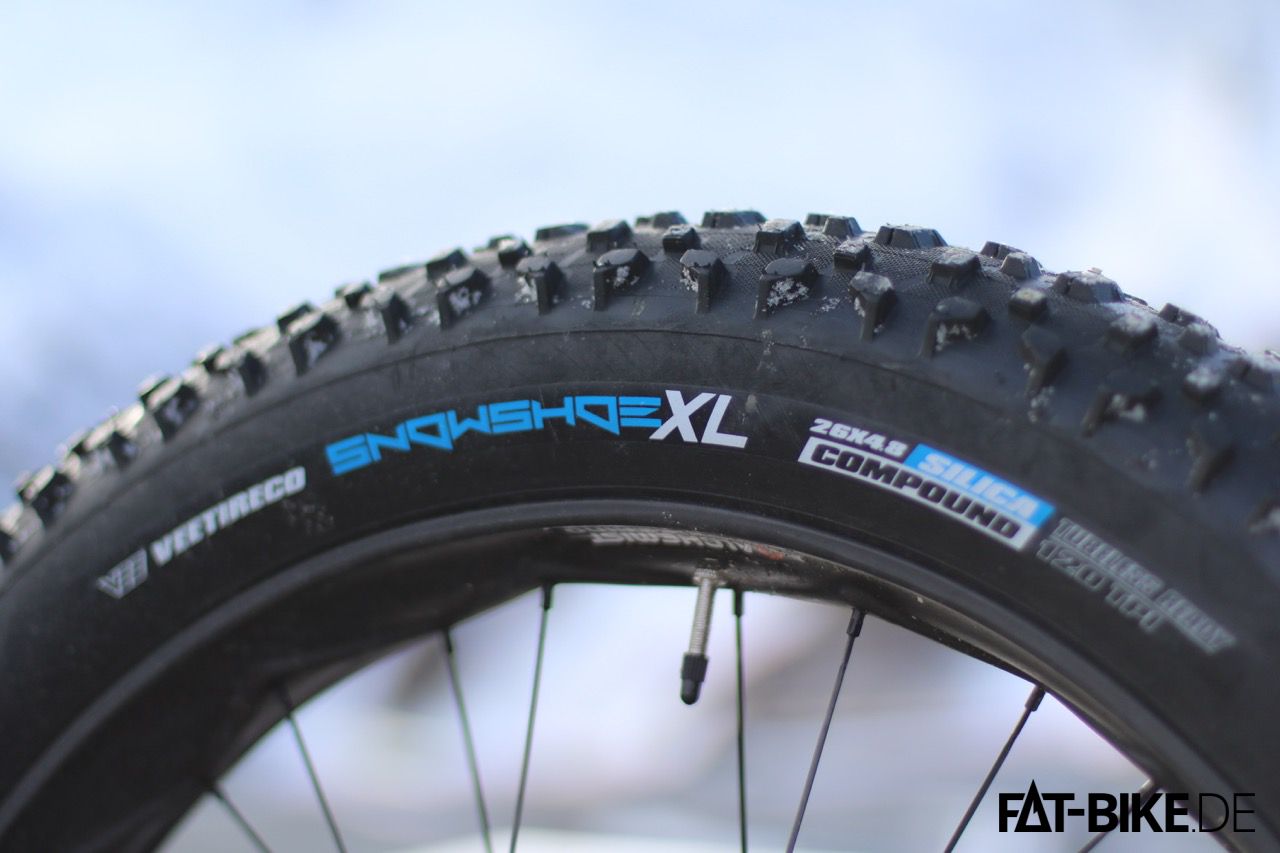 The tire is more suitable for low temperatures with the Silica mixture. The higher silica content means that the tire does not harden under conventional conditions. Especially in the snow, of course, this is noticeable. 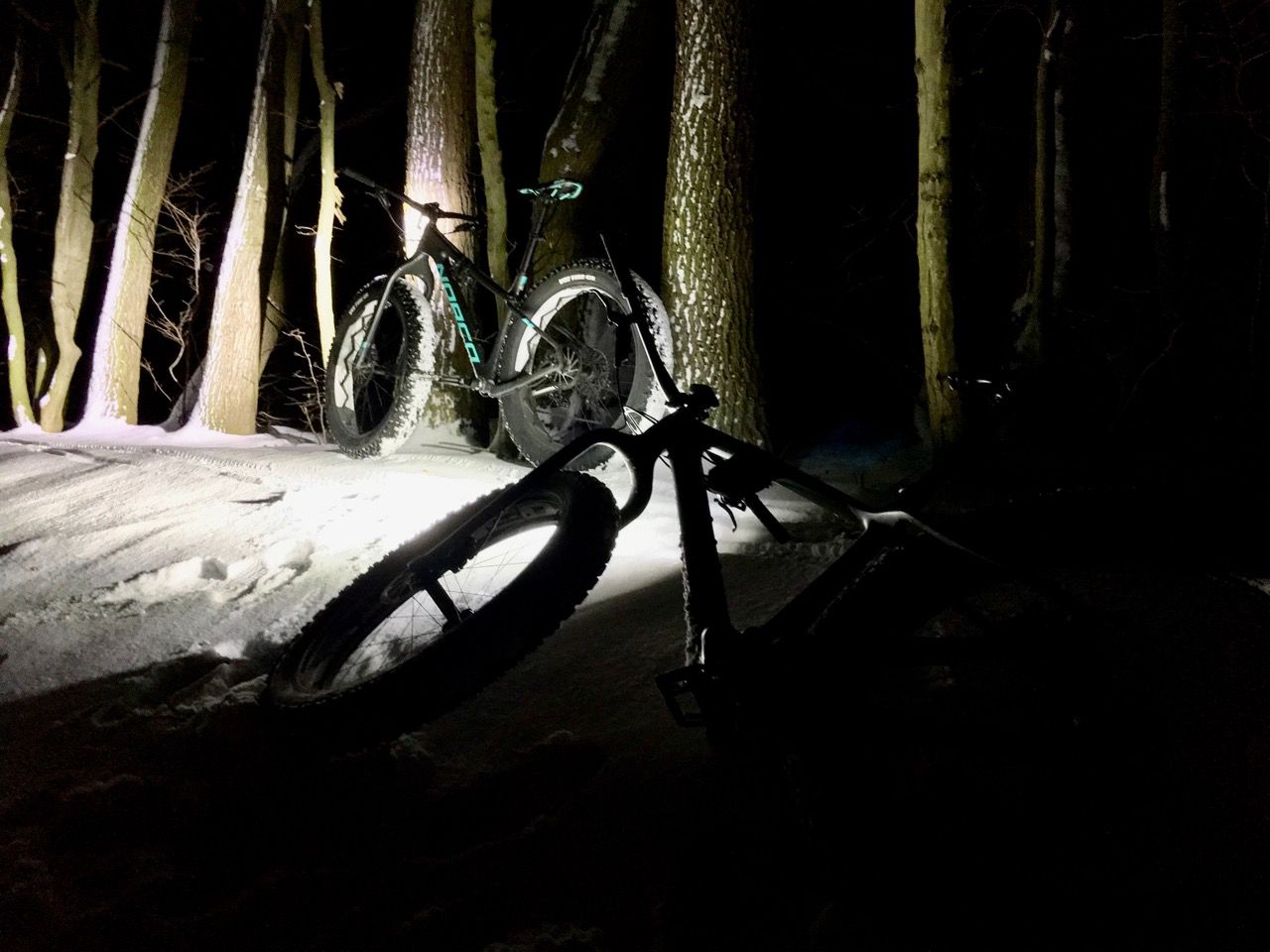 The assembly went quite smoothly. In order to achieve maximum agility in the snow we used the extremely light Tune Skyline FAT wheel set as a base and mounted the Snow Shoe XL tire Tubeless on the noble Kuroshiro Carbon rims. Sit, fit, tight! Our Norco Ithaqua now comes to 11.8kg total weight, good conditions for a quick ascent to the glacier. 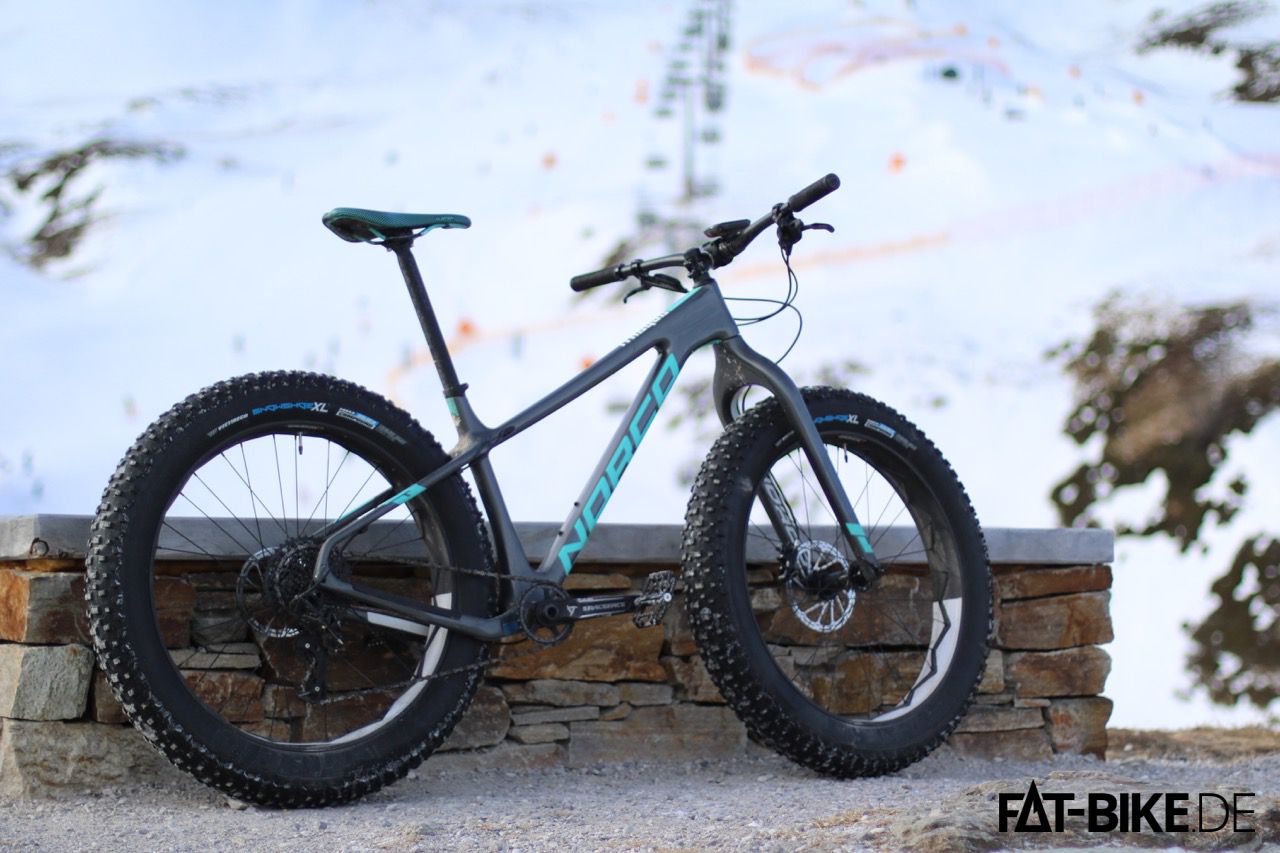 Makes his name worth it

With an air pressure of about 0.5 bar, the arduous ascent began. Unfortunately at the beginning still without snow, but so we could get a picture of the rolling behavior on asphalt, forest paths and gravel. As expected, the rolling resistance is somewhat higher than that of a Kenda Juggernaut Pro, but the concept behind the tire is also different. After a few hundred heights, however, the ground finally changed from meadow and gravel on snow and ice. And lo and behold, the Silica rubber compound on the Snow Shoe XL keeps what it promises. Due to the material’s suppleness of -10 ° Celsius, the tire has the ground firmly in its grip and pulls its way with a round kick. Even extreme slopes of 25% or more are mastered by the Snow Shoe XL. Only the legs do not last long on snow.

And there they are: hundreds of disbelieving and bewildered skiers and snowboarders at the mountain station. What’s the bike with here? And how did he get up here? After brief briefing talks we went straight for the valley run, at the beginning on a snow-covered economic route, then later on a non-driven but snowy ski valley run. The feeling of ski slopes we already knew from the SnowBikeFestival race in Gstaad last year, and could run with it.

How is it going?

The traction of the Snow Shoe XL tires did not crack. On the contrary: the few experienced skiers were even slower. Shortly before the end of the runway, on the right and left of the narrow white strip, everything turned green, the ground changed slowly through the sunshine and strong wind into very slippery ice surfaces. The side slope slope of the slope contributed to the fact that the edge was quickly slipped and the fall was unavoidable after a courageous jump over the iced heel to another ice surface. Damn, why always on the last piece, only 50m would have been to the street. But ice is ice, and probably only the spike version of the Snow Shoe XL, which we will test for you in the next weeks, would have helped. Well, we’re giving everything we’ve tested! 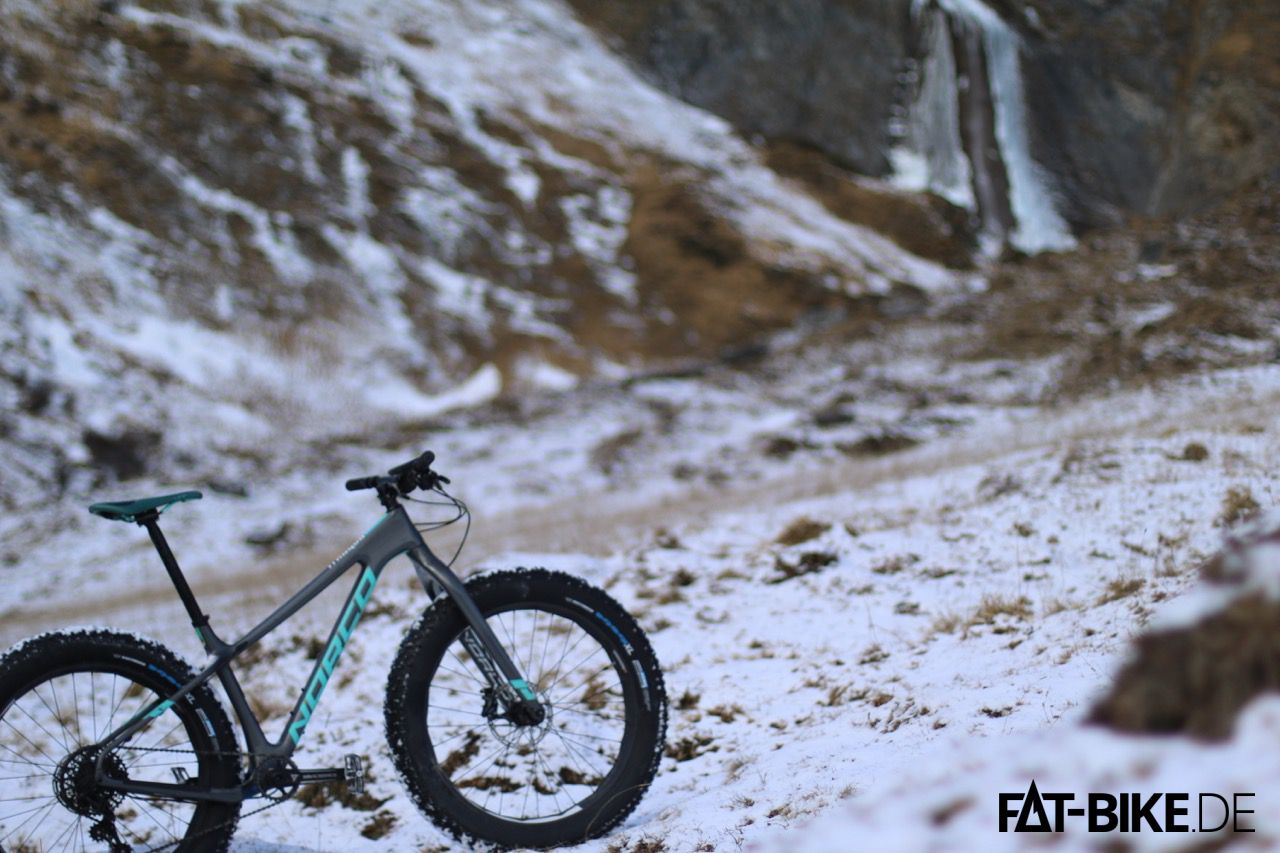 The profile of the Snow Shoe XL * nevertheless showed outstanding grip in the snow, straight and in the curve position. The fine diamond structure between the coarse studs helps with this. Nice on the rim is stretched the steering is harmonious, in combination with the Tune skyline FAT wheel set and the flat steering angle our Norco Ithaqua came however with strong Einkenken a point of tipping, where there is hardly any stop. Only with a little practice you do not exceed.

Due to the soft rubber mixture, the tire is especially recommended for winter conditions. He also rolls quite pleasantly on scraggy paths, but he aggressively throws stones around him. With a human weight of 1,380 grams per tire and a price